This Limited Edition of 500 prints has been produced from an original oil painting by Patrick J Killian. The Hitman became IBF World Light-welter champion after beating Kostya Tszyu in one of the greatest nights in British ring history which saw Hatton defy the doubters with a stunning performance that forced Tszyu to quit on his stool. The print shows a number of the Hitman’s fights and explains the journey taken before he became IBF Champion, it captures Hatton in familiar pose, knocking out Freddie Pendleton, beating Ben Tackie, throwing his trade mark punch to Dennis Holbaek and knocking out Mike Stewart in the fifth round. Each print has been individually hand signed and numbered by the artist Patrick J Killian. A certificate of authenticity accompanies each print 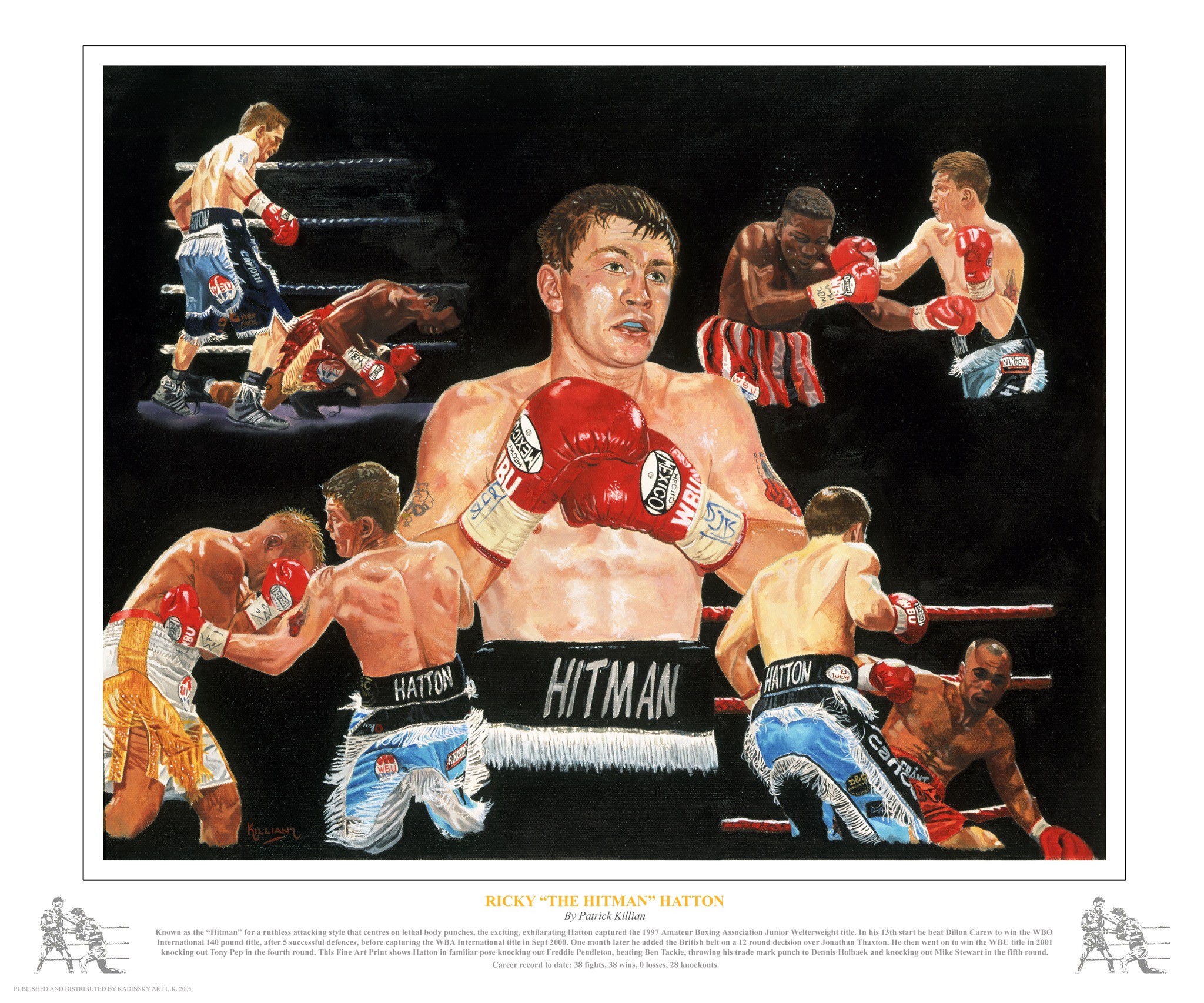 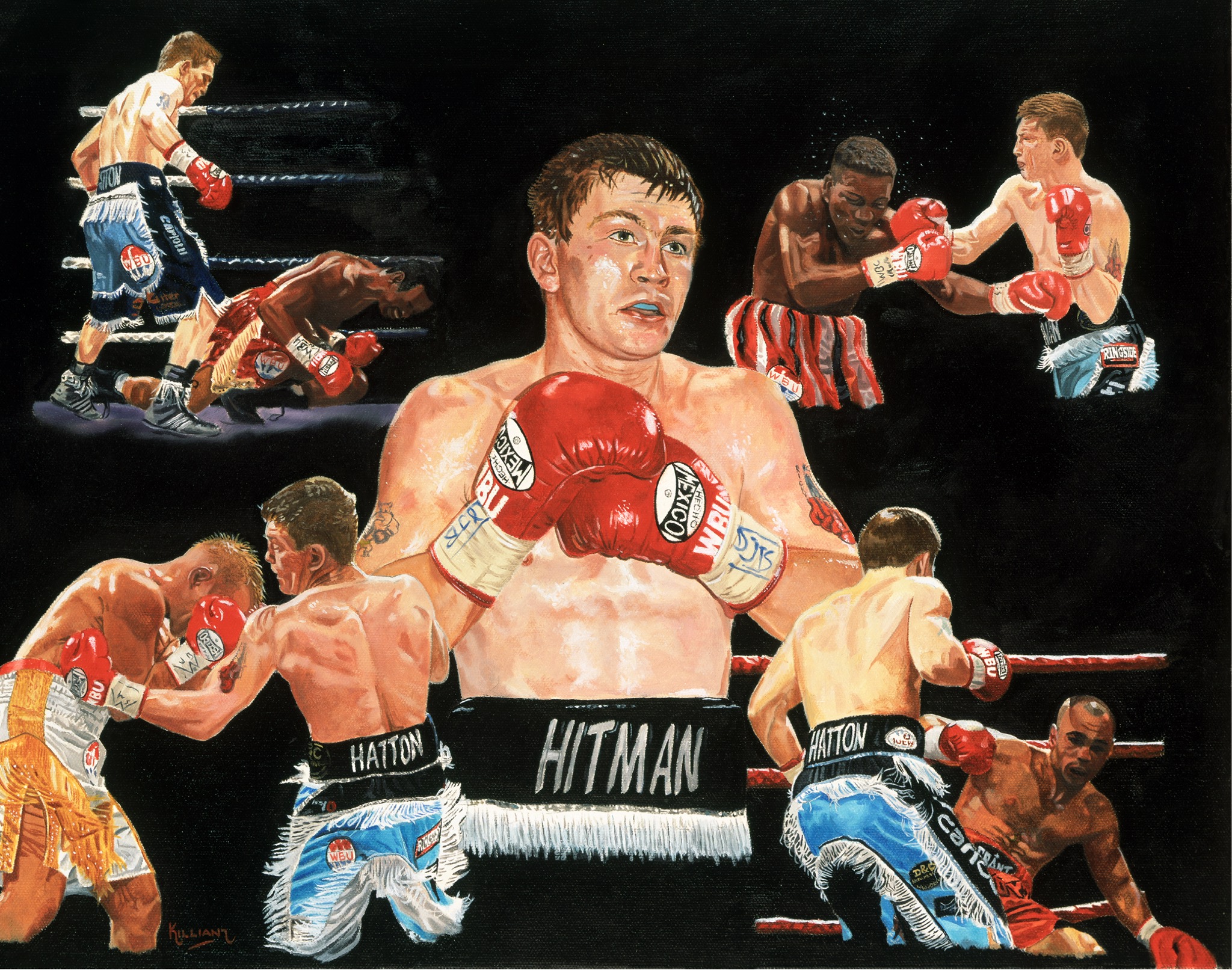