In 1980, the sport was resuscitated by a riveting series of bouts involving Roberto Duran, Marvin Hagler, Thomas Hearns and Sugar Ray Leonard ~ The 'Four Kings of the Ring' would fight one another nine times throughout the decade and win sixteen world titles between them.

Like Ali and Frazier, Dempsey and Tunney, Robinson and LaMotta, these four boxers brought out the best in each other, producing unprecedented multi-million-dollar gates along the way. Each of the nine bouts between the four men was memorable in its own way and at least two of them - Leonard v Hearns I in 1981 and Hagler v Hearns in 1985 - are commonly included on any list of the greatest fights of all time. The controversial outcome of another - the 1987 Leonard v Hagler fight - remains the subject of heated debates amongst fans to this day. Duran, Hagler, Hearns and Leonard didn't set out to save boxing from itself in the post-Ali era, but somehow they managed to do so.

This is my tribute to the Four Kings 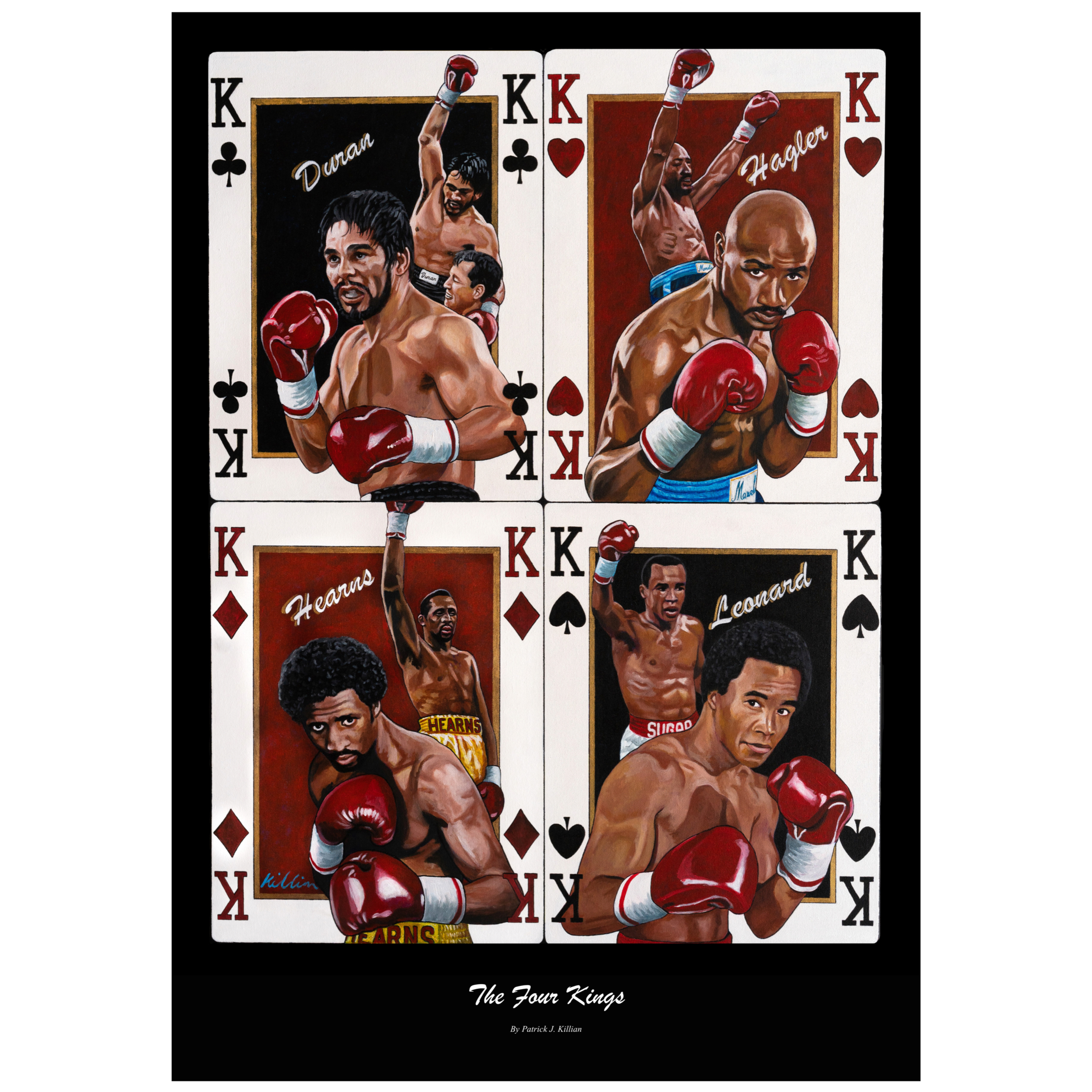 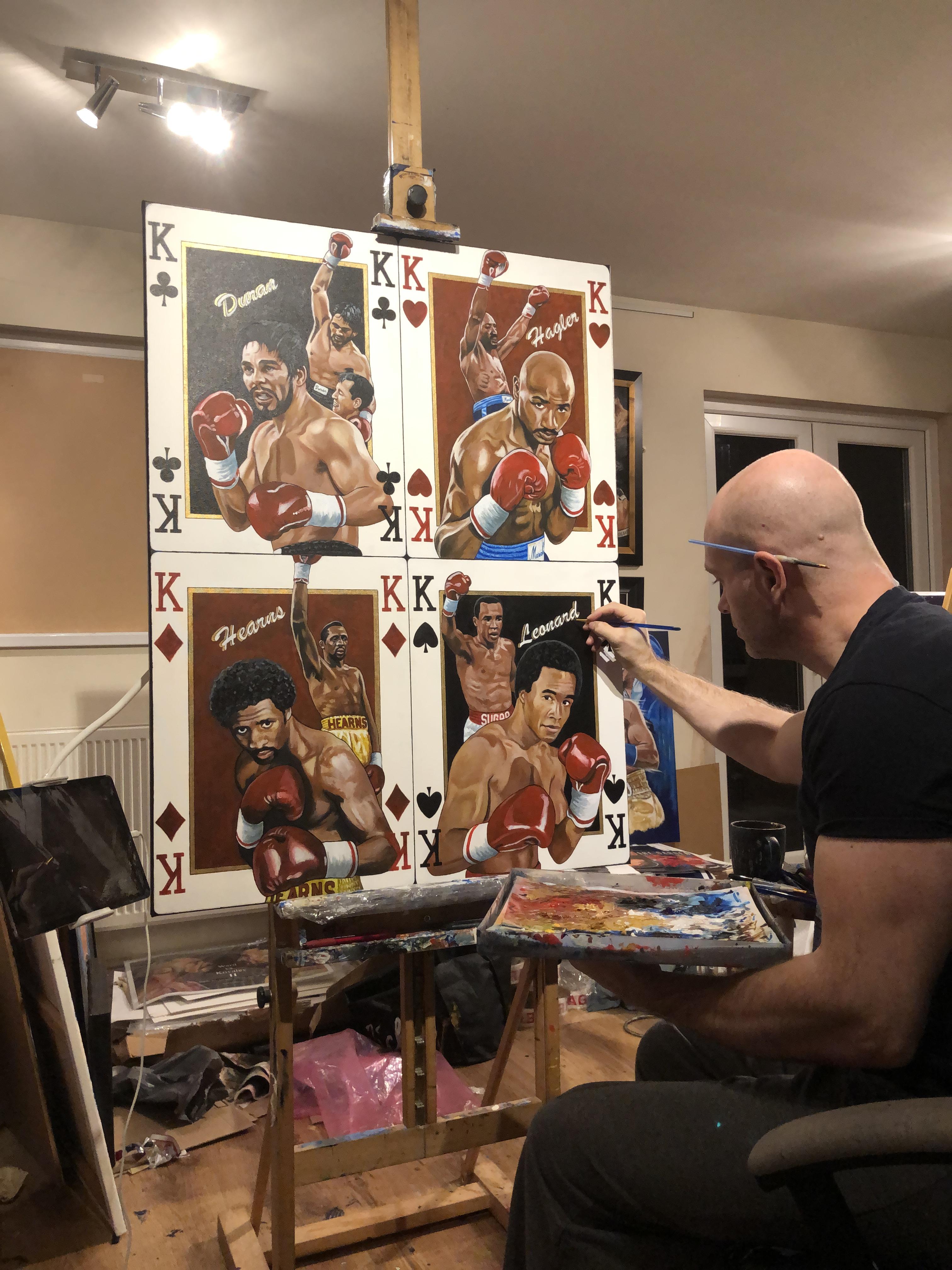