Immediately after Frampton's win over Jackson, Warren announced that Frampton would be challenging IBF featherweight champion Josh Warrington, who was also in attendance and entered the ring. Warren announced the fight would take place in December 2018 and shown live and exclusive on BT Sport Box Office, BT's new pay-per-viewplatform.[99][100] On 28 August, Boxing Scene reported a press conference would take place in the coming weeks with the fight likely to take place at the Manchester Arena. Warren wanted the fight to take place in a stadium, however did not want any mandatories to get in the way as a stadium fight would likely take place in Spring 2019. It was reported that Frampton would earn around £2 million for the fight. On 15 September, the fight was officially announced to take place at the Manchester Arena on 22 December 2018.  Warrington weighed 125.6 pounds and Frampton came in slightly heavier at 125.9 pounds, both successfully making the featherweight limit.


With an instant, all-time classic of the featherweight division, Josh Warrington propelled himself towards global stardom with a stunning demolition of the great Carl Frampton, whose defeat only sharpened his thoughts of retirement. The Yorkshireman was as relentless as he was ruthless, belying murmurs about his lack of punching power with a bombardment that left his opponent hurt and giddy. Promoter Frank Warren, admittedly a master of hyperbole, acclaimed the spectacle as the finest fight he had seen in a British ring.

The quality of the contest, which finished with Warrington ahead on all three judges’ cards, was mirrored in the reactions of both men. “It takes two to make a fight like that,” Warrington said. “I’ve always been a fan of Carl, and I’m still a fan now.” Frampton, for his part, set a new benchmark for graciousness in this business, conceding that however assiduously he had prepared, he had been soundly beaten. “I was in incredible shape coming into the fight, and the better man won. Josh was fitter and stronger, and that’s the bottom line.”

Manchester was chosen as supposedly neutral ground for this contest, not that one would have known it from the ringwalks here. Frampton, bouncing through the throng to a mass rendition of Wish It Could Be Christmas Every Day, looked eerily composed, earning a reception that would hardly have seemed out of place at Windsor Park. But Warrington, delighting his disciples from across the Pennines by wearing the colours of his beloved Leeds United, raised the volume to ear-splitting levels. Nothing here could quite channel the festive spirit like a looming bloodbath.

Frampton, while diminutive in stature, is tougher than teak. Not without reason does Barry McGuigan herald him as twice the fighter he ever was. The 31-year-old talks of seeing things that no child should ever see during his upbringing in north Belfast, where he was a witness to the brother of a school friend being killed by a pipe bomb. The product is a fighter of quite eerie resilience. Footage of their dressing-room warm-ups was instructive: while Warrington gurned for the cameras, Frampton just glowered menacingly into the mirror.

The opening was as explosive as the atmosphere portended. Warrington, throwing off any underdog tag, launched himself at Frampton like an attack dog unleashed, pushing the Ulsterman back towards the ropes with a fusillade of punches. If Frampton presumed that it was an aberration, he was to be grimly mistaken. Warrington, undeterred when his cornermen stepped in to wipe grease from his head, attacked with ever greater venom.

Lesser men might have crumpled in a heap, but Frampton kept springing up with remarkable vigour, clearly anxious to return fire. Proving that he had a chin harder than graphene, he absorbed every drop of punishment Warrington could offer. In a rare lapse, Warrington was warned for a low shot, but the quality of the confrontation was already self-evident as the boxers touched gloves at the bell in the fourth.

Still the body shots rained down from Warrington, and still Frampton took his medicine, complaining at one stage that he had been struck around the back of the head. Surely the breathless pace had to relent? Surely Warrington had to exhibit a few signs of suffering? Not a bit of it, with the younger man, the defending champion, desperate to cement his place on an international stage. His surprise win at Elland Road over Lee Selby had given him a taste of headline billing, and here he justified it with an abundance of pyrotechnics, peppering Frampton without mercy.

The stamina stretched credulity. Warrington was continuing to swing freely despite his all-out early assault, while Frampton was doing admirably just to stay on his feet, let alone to land telling punches of his own. All around the ring Warrington’s fans applauded, believing the fight to be over every time he redoubled his fury, but Frampton’s legs would not buckle.

When at last the relentless Warrington dropped the pace in the 10th and 11th, Frampton looked, dare one say it, grateful for a rest. But he was trailing on the scorecards, and he knew it, saving himself up for what he hoped would be a decisive final-round attack. Where the head was willing, the fists were not, with Warrington dodging his best efforts with ease.

At the end, the pair exchanged a warm embrace, but Warrington’s smile, significantly, was much the broader. And if you looked closely, even the referee was applauding.

I've been in this business for years and that is the best fight in a British ring I've ever seen. You'll remember in years to come and say 'I was there.' That was something special.

What's next? These fighters are going to go have a nice rest and we'll think about it in the new year. 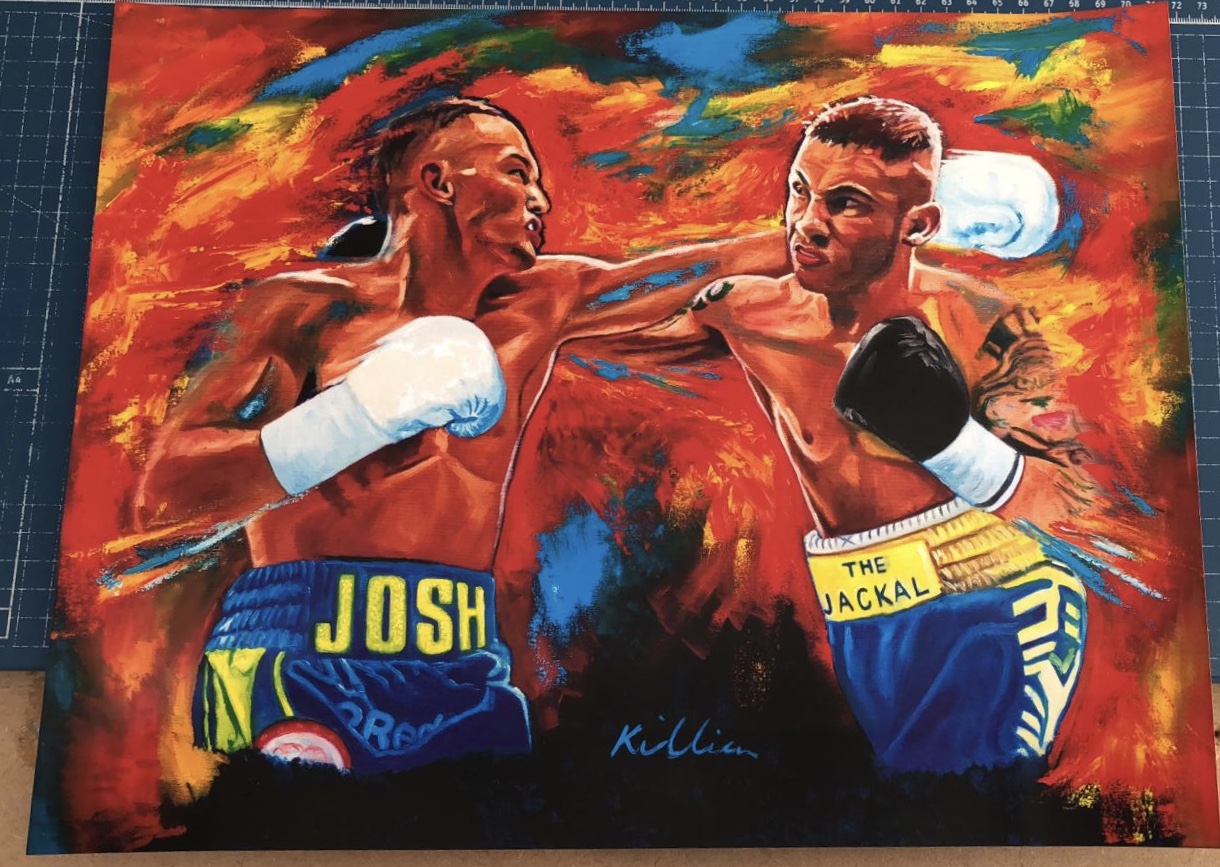 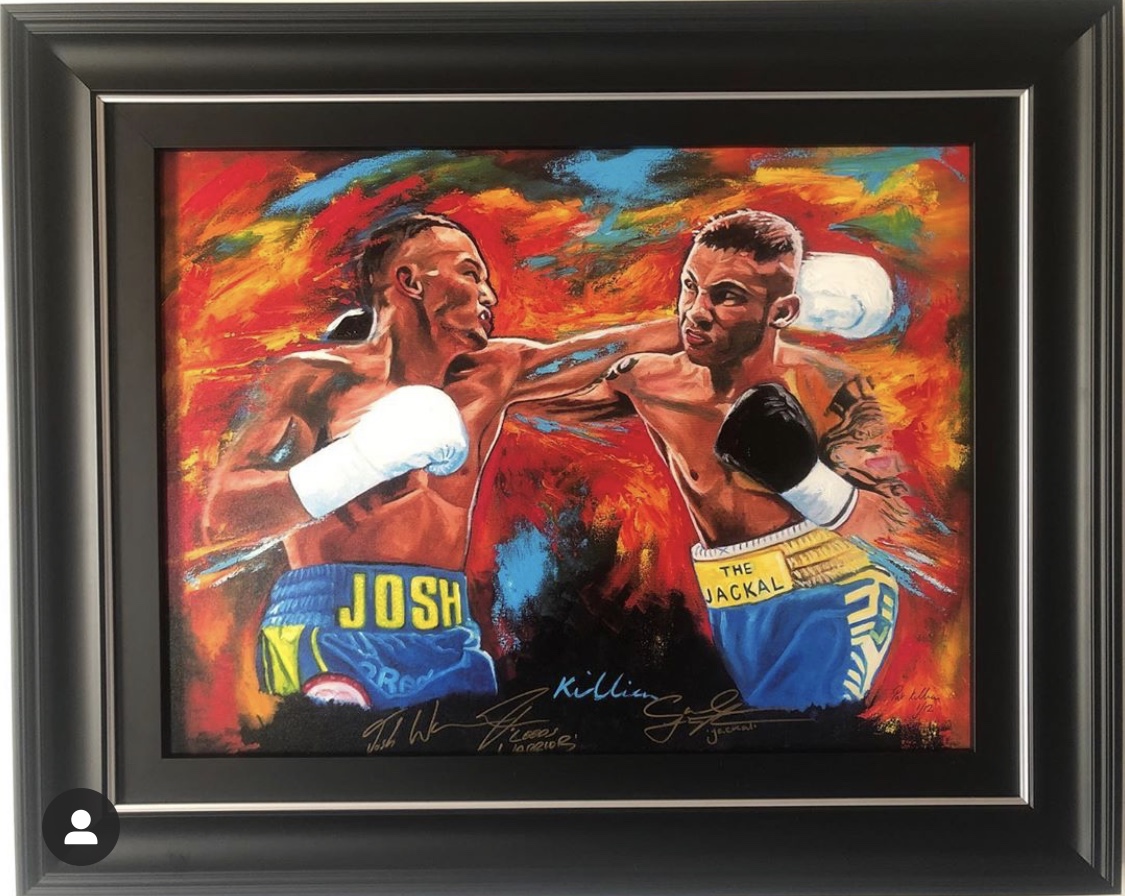