Ronald "Ronnie" Kray (24 October 1933 – 17 March 1995) and Reginald "Reggie" Kray (24 October 1933 – 1 October 2000), identical twin brothers, were English criminals, the foremost perpetrators of organised crime in the East End of London during the 1950s and 1960s. With their gang, known as "The Firm", the Krays were involved in murder, armed robbery, arson, protection rackets and assaults.

As West End nightclub owners, the Krays mixed with politicians and prominent entertainers such as Diana Dors, Frank Sinatra and Judy Garland. In the 1960s, they became celebrities, being photographed by David Bailey and interviewed on television.

The Krays were arrested on 8 May 1968 and convicted in 1969, as a result of the efforts of detectives led by Detective Superintendent Leonard "Nipper" Read. Each was sentenced to life imprisonment. Ronnie remained in Broadmoor Hospital until his death on 17 March 1995 from a heart attack; Reggie was released from prison on compassionate grounds in August 2000, eight and a half weeks before his death from bladder cancer. 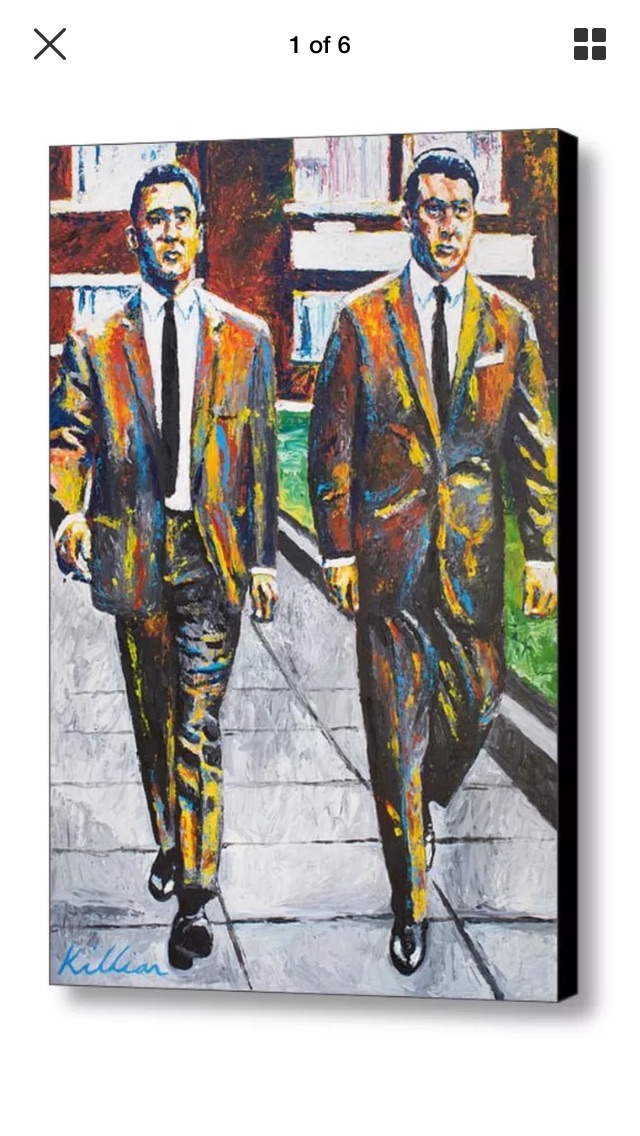