The Original was exhibited at the official fight hotel at Glasgow Crowne Plaza during fight week.  Signed by both fighters

Josh Taylor vs Jack Catterall was a professional boxing match contested between undisputed light-welterweight champion, Josh Taylor, and the WBO's mandatory challenger, Jack Catterall. The event took place on 26 February 2022, at the OVO Hydro in Glasgow


In January 2019, Catterall was installed as the number one challenger to WBO champion Maurice Hooker.  After Hooker lost his title in a unification fight against WBC champion José Ramírez in July, the WBO ordered Ramírez to face Catterall in a mandatory defence. However, the WBC also ordered Ramírez to face their mandatory challenger, Viktor Postol. Ramírez chose to fight Postol with the agreement that the winner face Catterall next. Less than 48 hours after Ramírez defeated Postol in August 2020, he was again ordered to face Catterall next.  In October, Catterall had confirmed that he agreed to a "step-aside" deal to allow Ramírez to face unified WBA (Super), IBF, and The Ring champion, Josh Taylor, for the undisputed light-welterweight title, again with the agreement that Catterall face the winner next.

Taylor defeated Ramírez via unanimous decision on 22 May 2021.  Days after his victory, Taylor said of Catterall, "Jack Catterall was decent enough to let me do this fight first. He's been mandatory for some time. He agreed to step aside to let this fight happen. You can see his point, there's method in his madness. If that fight's next, he's got the chance to become undisputed champion. He's made a good choice."

In August, ESPN reported that terms had been agreed between Taylor and Catterall to meet on 18 December at the OVO Hydro in Glasgow.  It was announced by Taylor on 21 October that he had suffered an injury, and thus the fight would be postponed to 26 February 2022.

The challenger boxed masterfully and scored a knockdown, but did not get the credit from the judges who instead awarded the champion the victory.

The fight began with a sweet left hand from the challenger, with the champion having to step back within the opening 20 seconds.

Catterall started well with a positive opening round and was not overawed by the occasion.

Taylor responded at the start and end of the second, but Catterall continued to frustrate him by smothering a lot of his work with clinches.

In round three, the Englishman had further success with a series of accurate left hands troubling the Scot, who struggled to land clean.

The fourth saw slight improvement for Taylor, though Catterall remained largely elusive and was consistent with his combinations.

The champion’s struggles continued in round five, while the challenger thrived.

As they hit the midway point, Catterall seemed to be way ahead while Taylor was cut under his right eye.

The home fighter rallied in the seventh as he cornered his opponent and forced him to fight up close.

However, Catterall quickly regained control by scoring a knockdown early in round eight.

Taylor was stunned by a sensational combination of left hooks, but rose to his feet and battled back as his home fans roared him on.

In the ninth, the champion continued his fightback with a sustained body attack which appeared to be taking its toll on the challenger.

Catterall was deducted a point for holding in headlocks in round ten, something he had been consistently guilty of throughout the fight, using this as a tactic to nullify Taylor up close.

It could be argued though that both men were equally guilty of over-clinching.

As they entered the championship rounds, it felt as if the champion would need a knockout to retain his titles.

The eleventh was scrappy, with Taylor deducted a point for throwing petty punches after the bell.

In the final round, Catterall refrained from making any silly mistakes and saw out the brilliant performance. 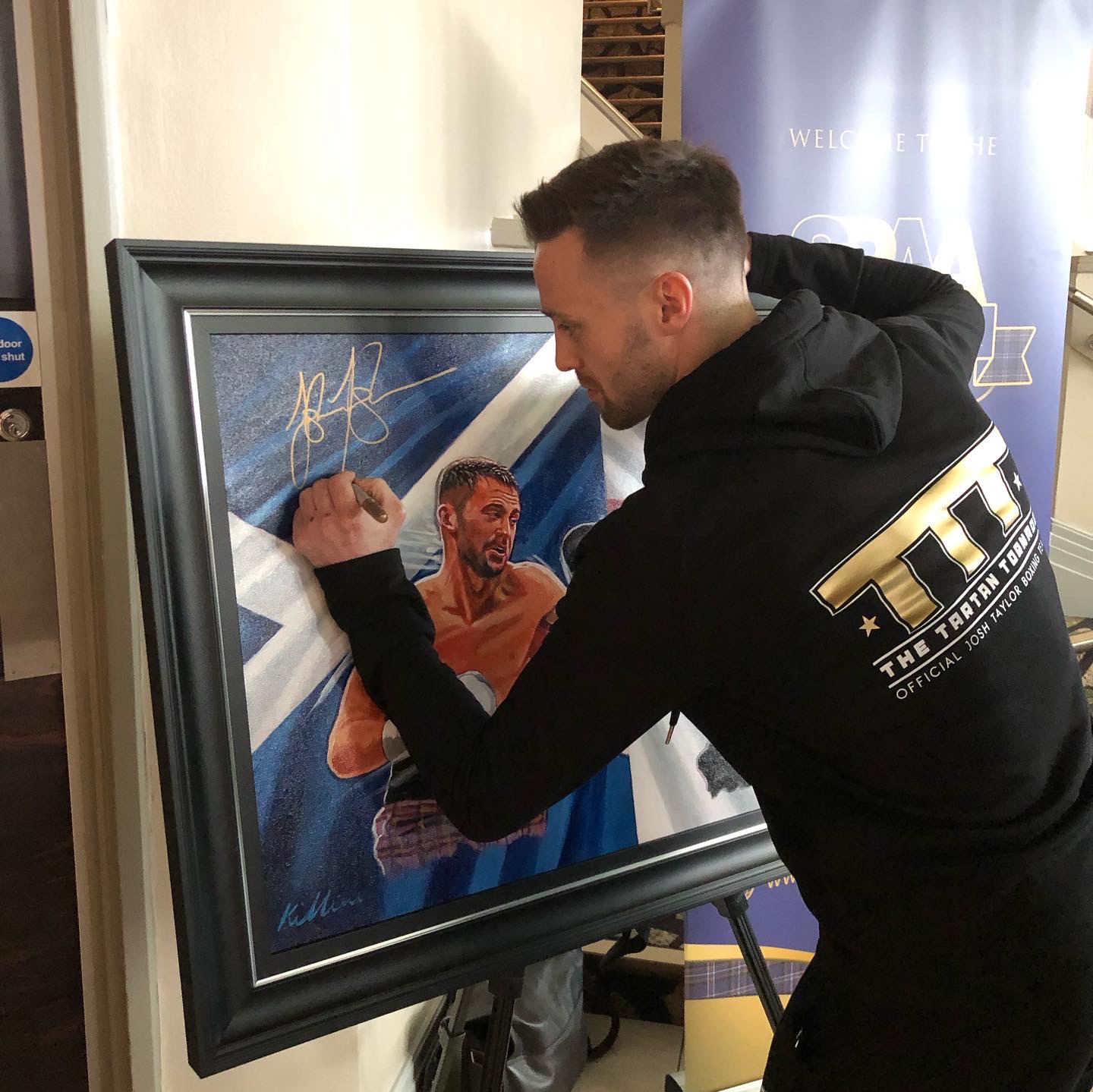 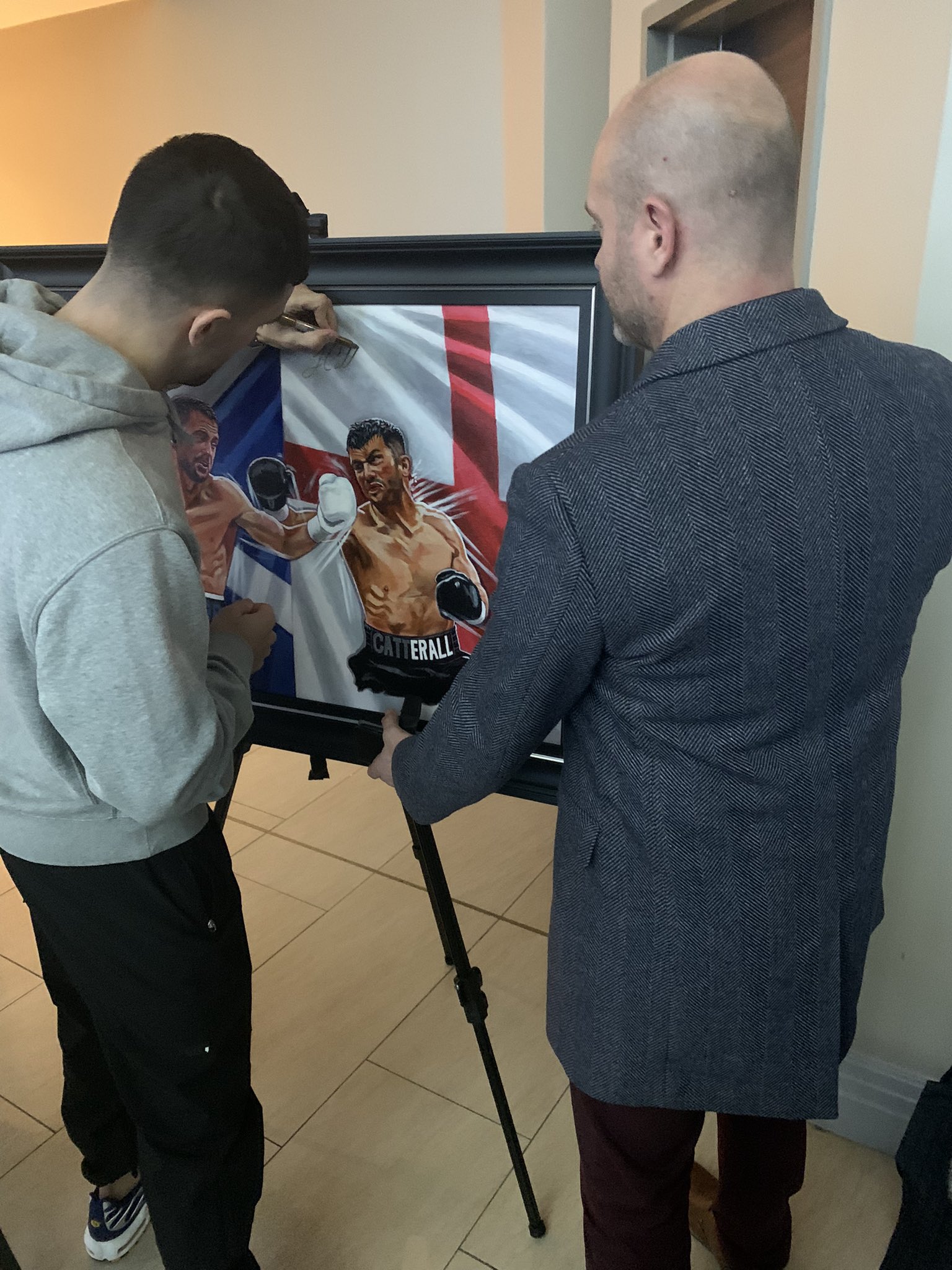 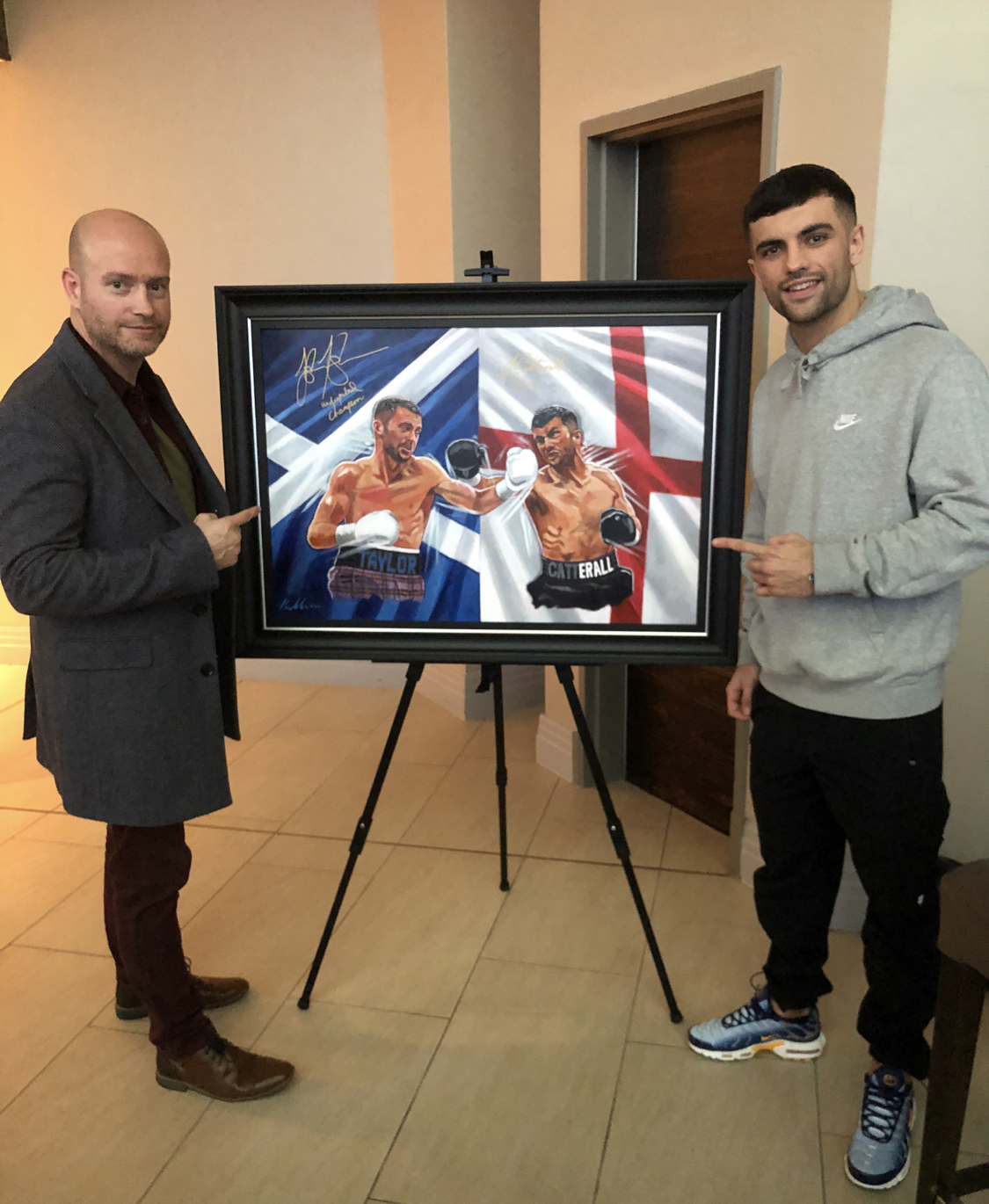 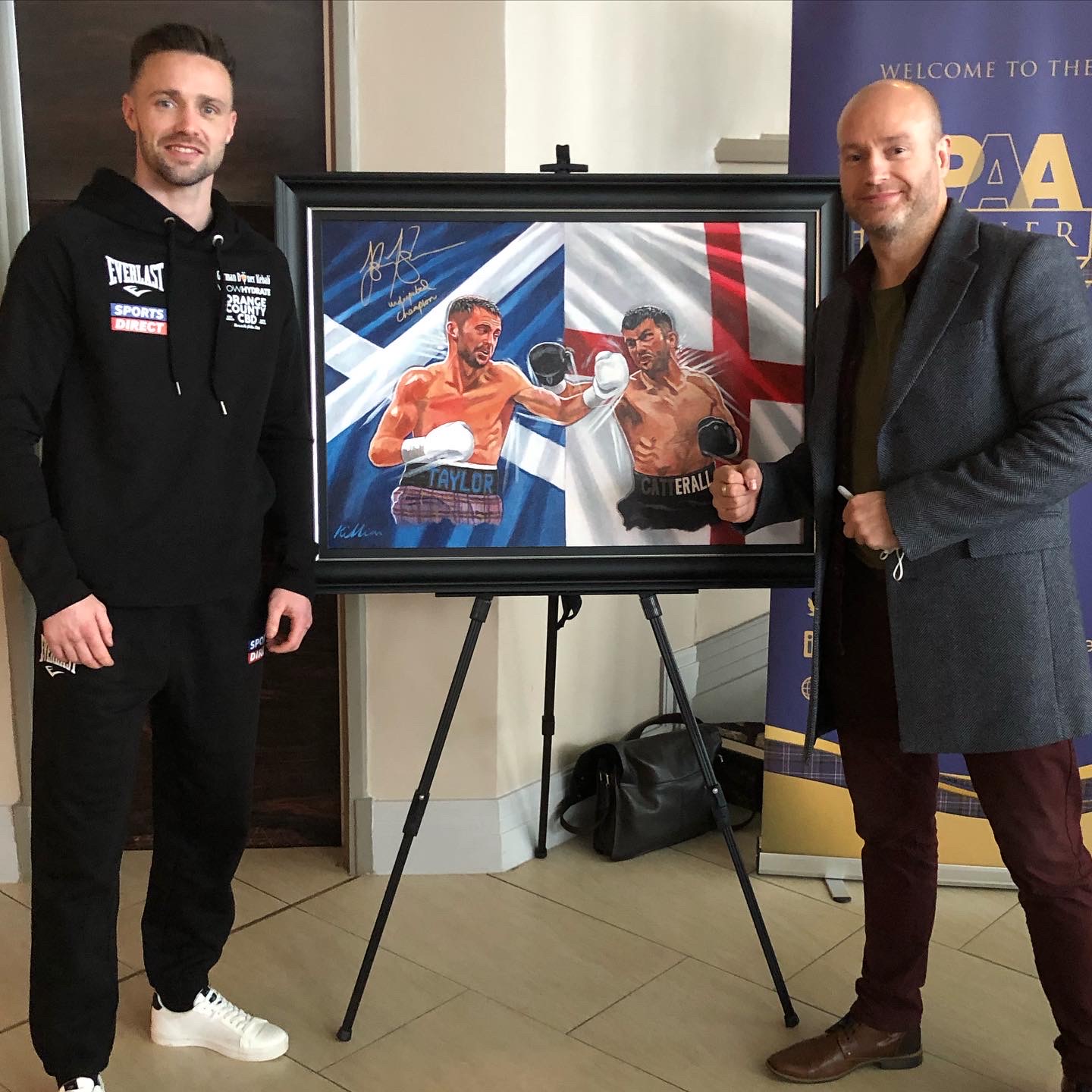 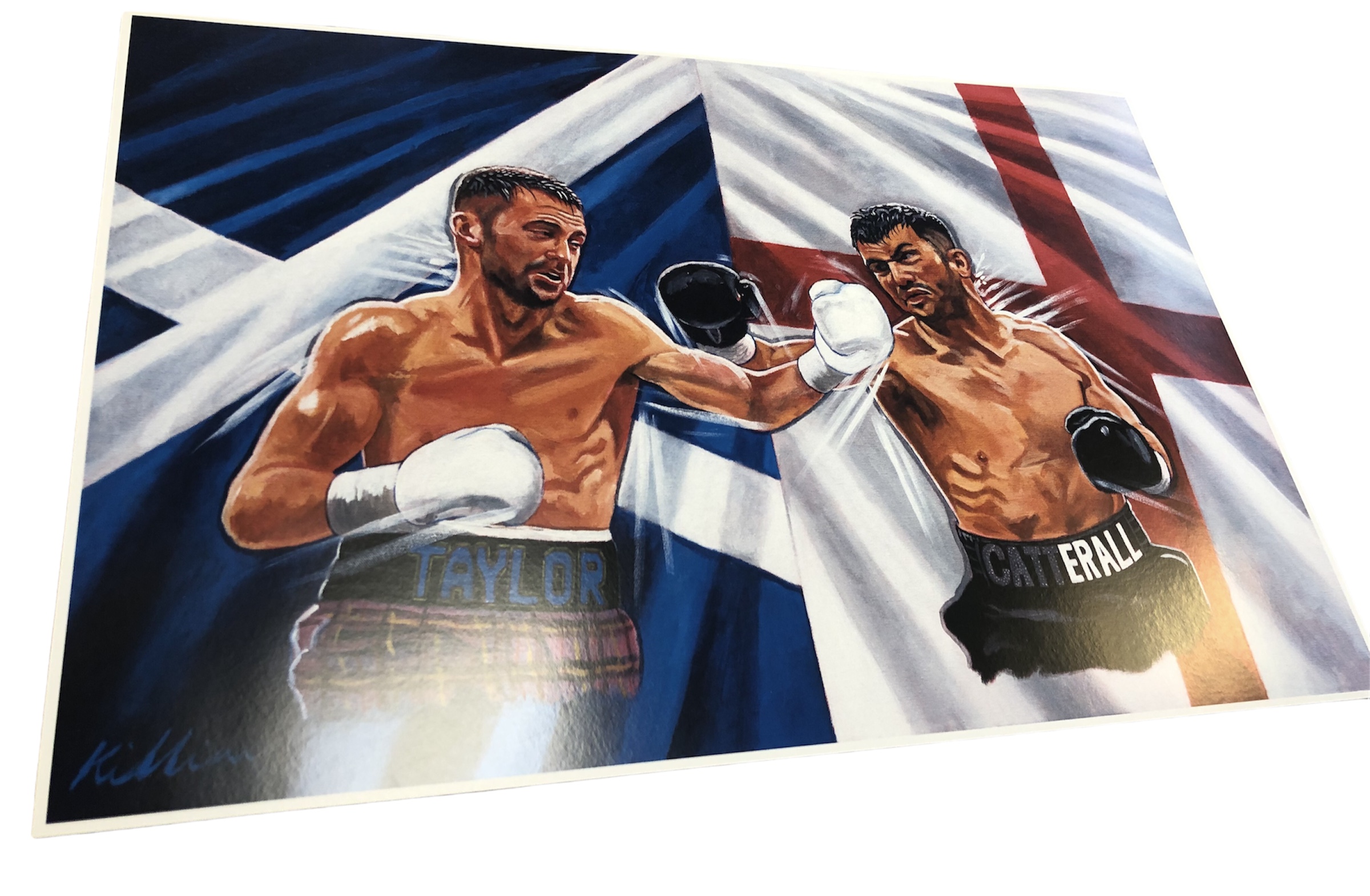