Original Art is available at £3495

Morihei Ueshiba (1883-1969) was a martial Artist and founder of the Japanese Martial art of Aikido. He is often referred to as "the founder" Kaiso or O'sensei, Great Teacher.
The son of a landowner from Tanabe, Ueshiba studied a number of martial arts in his youth and served in the Japanese Army during the Russo-Japanese War. After being discharged in 1907, he moved to Hokkaido as the head of a pioneer settlement; here he met and studied with Takeda Sokaku, the founder of Daito-ryu aiki-jujitsu. On leaving Hokkaido in 1919, Ueshiba joined the Omoto-Kyo movement, a Shinto sect, in Ayabe, where he served as a martial arts instructor and opened his first dojo.
Ueshiba moved to Tokyoin 1926, where he set up the Aikikai Hombu Dojo. In the aftermath of World War ll the dojo was closed, but Ueshiba continued training at another dojohe had set up in Iwama. From the end of the war until the 1960s, he worked to promote aikido throughout Japan and abroad. He died from liver cancer in 1969.
The Art Print shows O'sensei in traditional kneeling posture, mastering his techniques at different stages of his life amidst the Iwama dojo.
The perfect Kamiza for any dojo 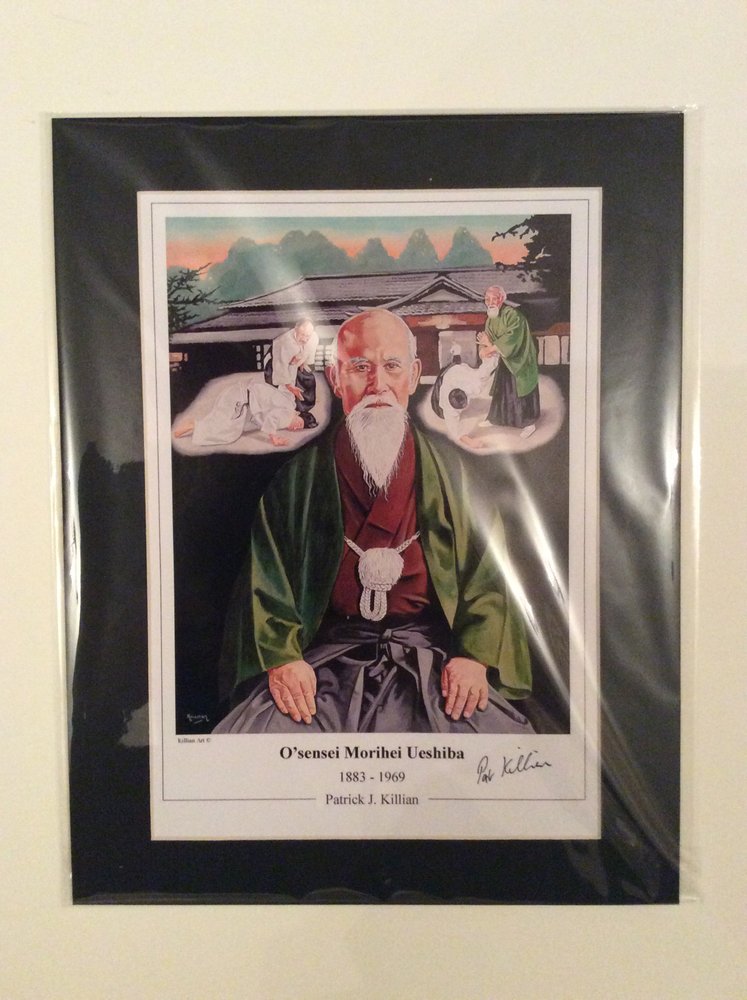