Curator Jim Houlihan's Eclectic Irish Pugilist Exhibition features Dan Donnelly's Mummified Arm, and many historic memorabilia pieces.
The Fighting Irishmen had extraordinary success since opening at the Irish Arts Center in the fall of 2006 in New York and travelled until 2013 finishing at the McClelland Library in Phoenix, AZ
The original mural painting produced by Artist Patrick J Killian was 5ft x 3.5ft and published as an Art print in New York.
The exhibit was featured at the South Street Seaport Museum in New York as their main attraction in 2007 and was most recently featured at the John J. Burns Library at Boston College in Boston, Massachusetts.
The legacy of Fighting Irishmen was then illustrated in an exhibition hosted by the GAA Museum and the Irish Arts Center, at the historic Croke Park in Dublin, Ireland in 2010. The exhibit tells the story of Irish emigration and assimilation to eventual success and world wide acclaim through the sport of boxing. The exhibition – The Fighting Irishmen: Celebrating Celtic Prizefighters 1820 to Present - ran from Tuesday, May 18th through Tuesday, August 31st, 2010.
Curated by Jim Houlihan of the Irish Arts Center in New York, the exhibition offers a unique glimpse at the role that prize-fighting played in the history of Irish America and Ireland.
The exhibition will feature an array of robes, gloves, boxing bags, prints, photographs, paintings by myself and film footage of Celtic prizefighters from 1820 to the present day. Intriguing objects on display will include pieces from sporting greats such as John L. Sullivan, Jack Dempsey, Gene Tunney, Barry McGuigan, Freddie Gilroy, Bobby Cassidy, Gerry Cooney, Wayne McCullough, Billy Graham, Billy Conn, John Duddy, Maureen Shea and many more. 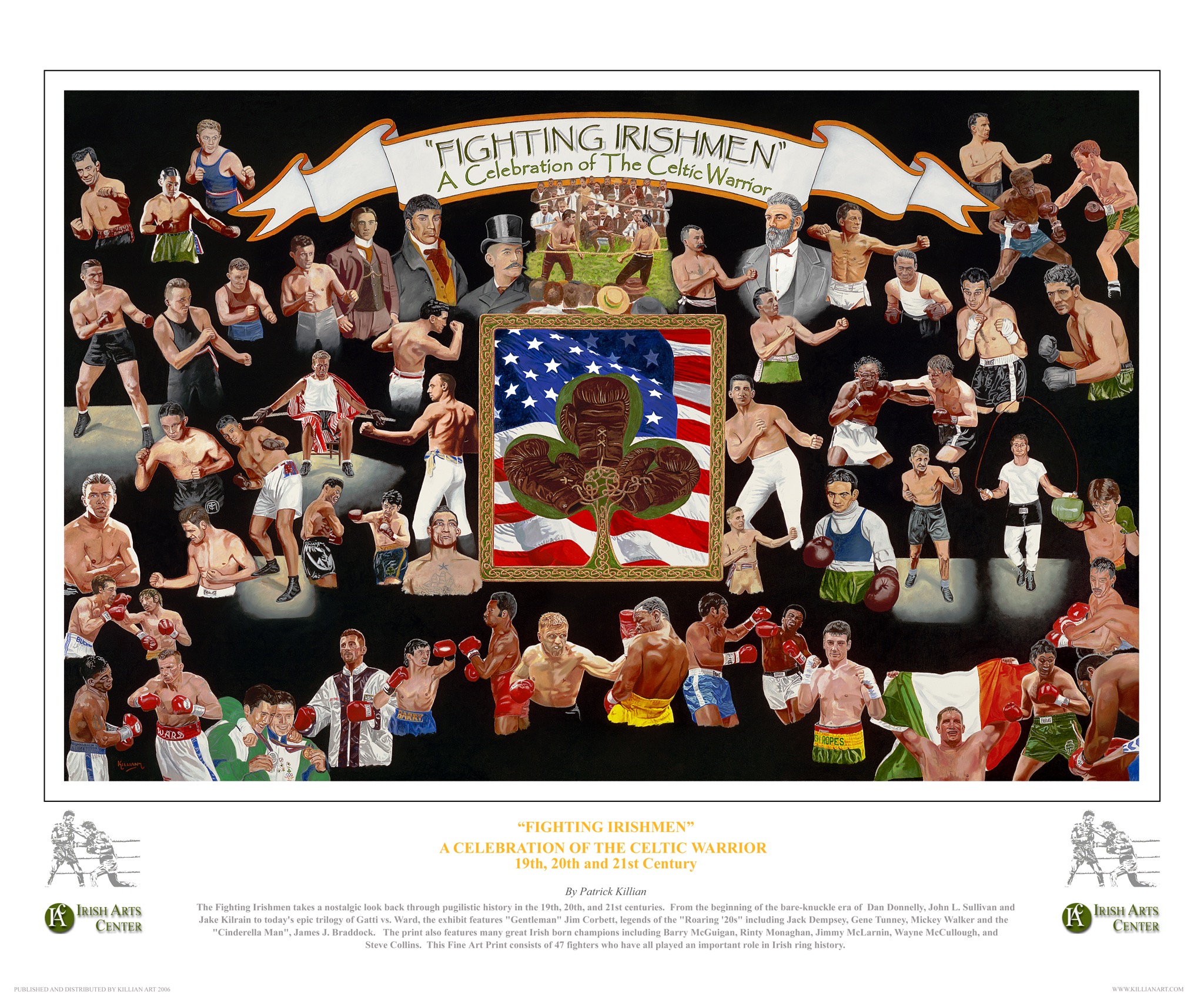