Arturo Gatti was best known for his trilogy against Micky Ward.

Also available as a Hand Embellished Canvas Edition
Arturo "Thunder" Gatti (April 15, 1972 – July 11, 2009) was an Italian Canadian professional boxer. Nicknamed "Thunder", Gatti was known for his heart and bravery in the ring, and also carried exceptional punching power.
Gatti won world championships designated by two different boxing sanctioning bodies in two different weight classes. He also participated in The Ring magazine's "Fight of the Year" a total of four times (1997, 1998, 2002, and 2003). He announced his retirement on July 14, 2007. On December 10, 2012, Gatti was inducted into the International Boxing Hall of Fame, in his first year of eligibility. He became the 10th Canadian boxer to be inducted into the IBHOF.
Born in Cassino, Italy and raised in Montreal, Quebec, Canada, Gatti relocated to Jersey City, New Jersey as a teenager. He returned to Montreal after retiring from boxing to work in real estate. Gatti retired with a record of 40 wins and 9 losses, with 31 wins by knockout. On September 24, 2008, reports had surfaced that Gatti was considering a comeback against Montreal welterweight Antonin Décarie (now 25–1), the Canadian and North American Boxing Organization Champion. On December 10, 2012 Arturo Gatti was inducted into the International Boxing Hall of Fame.
On July 11, 2009, Gatti was found dead in a hotel in Ipojuca, Pernambuco, Brazil, where he was on vacation with his Brazilian wife, Amanda Rodrigues, and their 10-month-old son. He was 37 years old. Gatti was to attend his sister's wedding the same day. 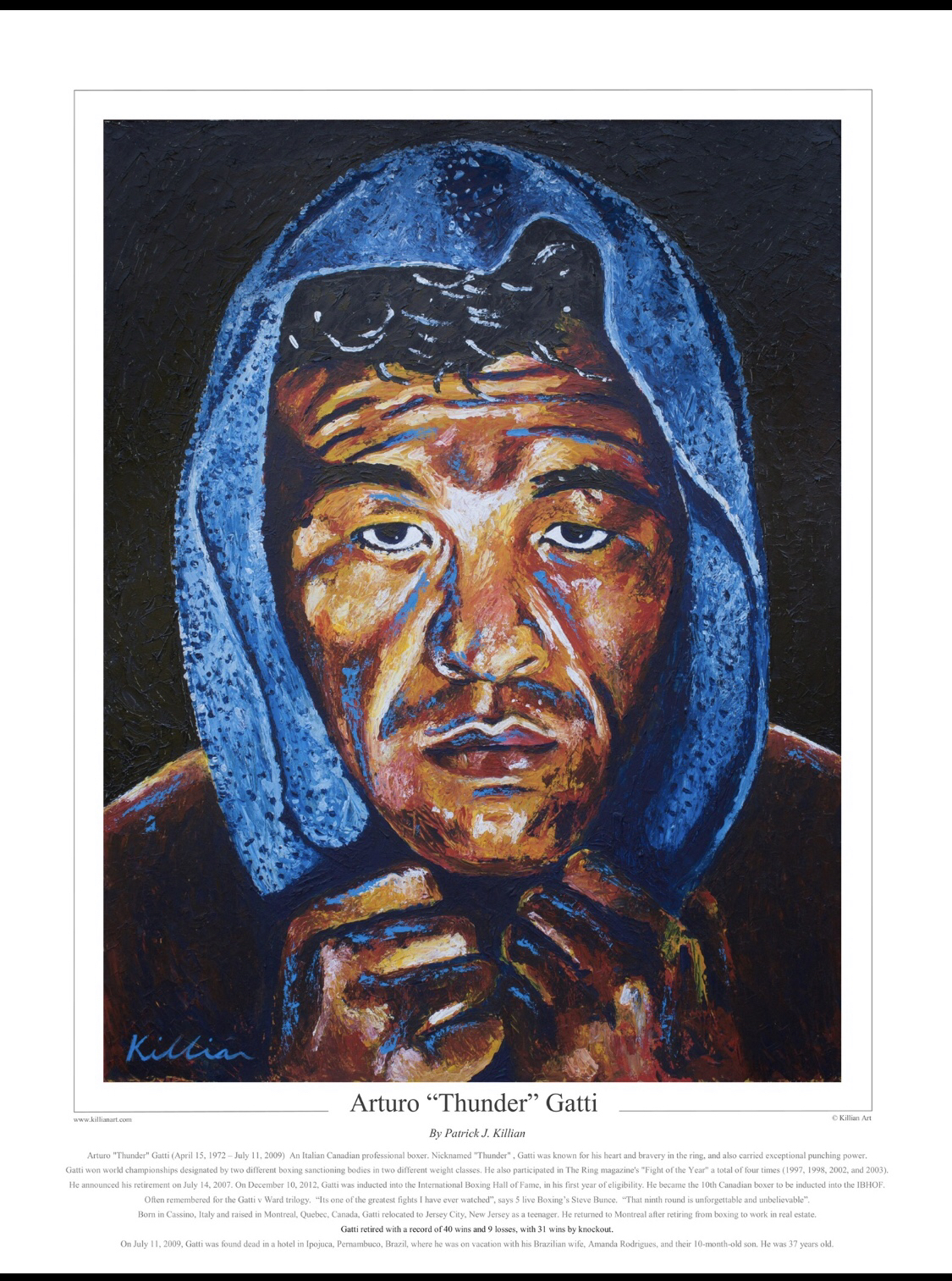