A fighter who has it all, speed, power, style who throws great combinations. A charismatic personality.....This lad is going all the way
A Limited number of Art Prints were signed at the Peacock Gym.
Certificate of authenticity comes with each print
Yarde began boxing at a relatively late age and only had twelve amateur fights prior to turning professional. In May 2015, Yarde made his professional debut with a knockout victory over Mitch Mitchell.
On 20 May, Yarde Knocked out Chris Hobbs for the British Southern area light-heavyweight title.
On 8 July, he stopped Richard Baranyi, who was ranked top-ten in the WBOrankings, to win the WBO European light-heavyweight title.
On 16th September He stopped Norbat Nemesapati in 3
On Dec 9th he stopped Serbian Nikola Sjeklo in rnd 4. defending the WBO Light Heavyweight Title

Anthony Yarde moved closer to a world light-heavyweight title fight by stopping the veteran American Travis Reeves in the fifth round at the Royal Albert Hall in London.

Yarde is targeting a showdown against Sergey Kovalev, the WBO champion at 175lbs, by the end of the year and consolidated his position as the governing body’s No 1 ranked fighter in the division.

The end came at the midway point of a scheduled 10-round bout when a bruising overhand right from Yarde stiffened Reeves’ legs. As the 38-year-old Reeves retreated to the ropes, the referee Marcus McDonnell was quick to call a halt and Yarde extended his perfect professional record to 18-0, with 17 wins coming inside the distance.

His first loss came against Kovalev but he proved he was at that level and nearly did it.   Kovalev praised Yarde's defence and boxing IQ, insisting Yarde will 100% be a world champion in the future.

A comeback ko win against Diego Jair Ramirez, in Feb 2020.  Then a ko victory against Dec Spelman.

In December 2020 the vacant Commonwealth light heavyweight title against Lyndon Arthur.  Arthur won the fight on a split decision.

August 2021 Yarde stopped Alex Theran in one round.

The rematch with Lyndon Arthur was the Yarde of old.  Coming out sharp and chasing Arthur down,  combinations and body shots were too much for Arthur with the KO coming in the fourth.

The painting was presented to Anthony Yarde in London. 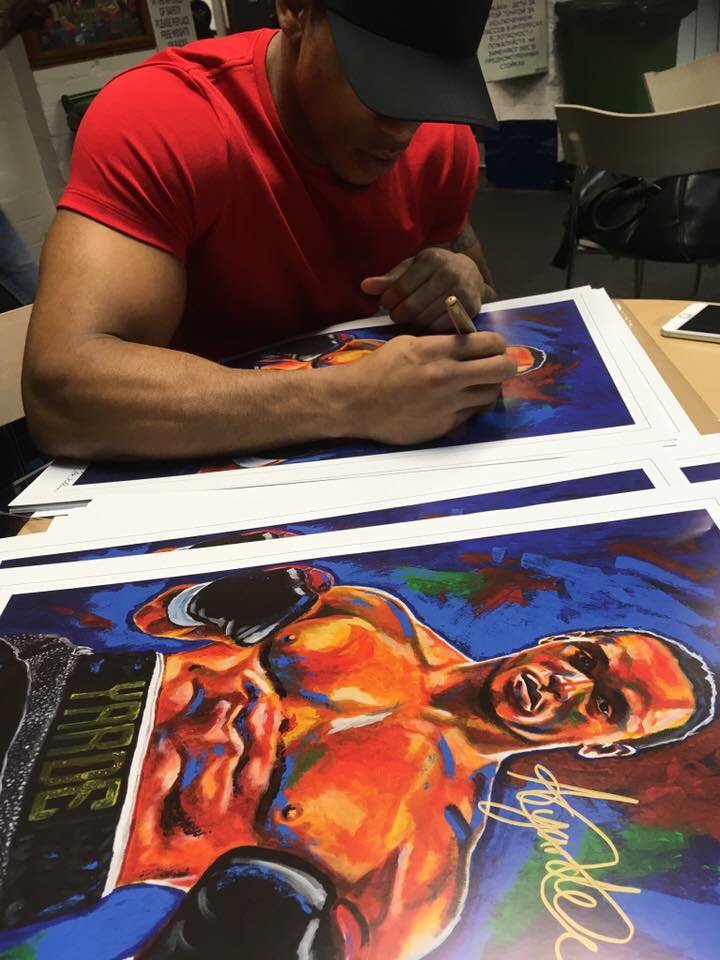 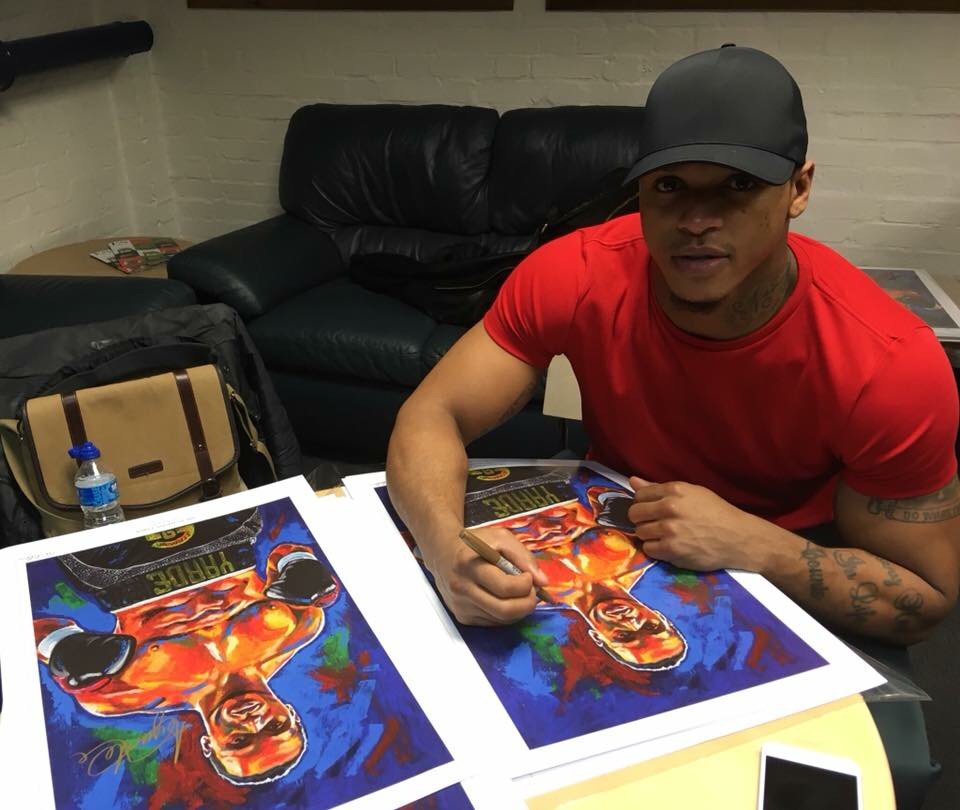 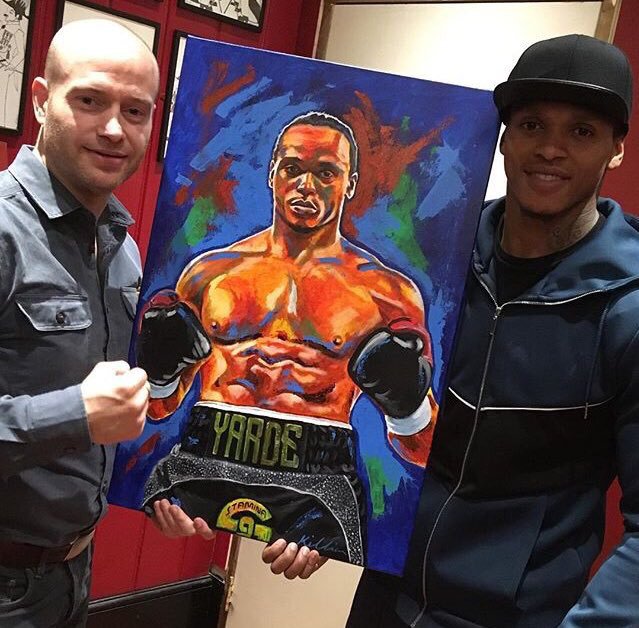