George Michael Ward Jr. (born October 4, 1965), often known by his nickname of "Irish" Micky Ward, is an Irish-American former professional boxer who competed from 1985 to 2003. He challenged once for the IBF light welterweight title in 1997, and held the WBU light welterweight title in 2000. Ward is widely known for his trilogy of fights with Arturo Gatti, two of which received Fight of the Year awards by The Ring magazine, as well as his relentless pressure fighting style. Ward was portrayed by Mark Wahlberg in the 2010 film The Fighter, which was based on his early career.

The Painting captures the Irish and American flag with ward in fight pose underneath. The action below capturing the wars between Gatti of which we remember him most

On May 18, 2002, Ward faced the opponent with whom he became most identified, Arturo Gatti. The fight was a wild one, but a ninth round Ward knockdown of Gatti proved to be the difference, with Ward winning a majority decision. The fight was later named the 2002 Ring magazine fight of the year. Both fighters needed care in a trauma center after the match.

The two agreed to an immediate rematch, and in November, Gatti was able to win the second wild fight. Ward was knocked down in the third round, but survived to finish the fight. Gatti paid tribute to Ward's tenacity after the fight, saying, "I used to wonder what would happen if I fought my twin. Now I know."

They then agreed to a third straight fight, and again, the fight was back and forth. Gatti pounded Ward with punch after punch early on, but Ward fought back and managed a sixth round knockdown of Gatti. Before Gatti could get up, or the referee's count could hit ten, the bell sounded to end the round. Gatti was able to come back and win the fight via a unanimous decision. Again, both men needed a trip to the hospital, due to the injuries they suffered. The fight was named the 2003 Ring magazine fight of the year, the third straight for Ward. Ward was the first fighter to achieve this since Rocky Marciano and Carmen Basilio each did so in the 1950s.

Ward made approximately $3 million in earnings for his trilogy with Gatti; the most lucrative fights of his career.

After their third bout, Ward retired. But he and Gatti had bonded during their rivalry, and they became close friends. Ward visited Gatti at training camp. They played golf together. And Ward was a regular at Gatti's fights, even walking him to the ring.

This time, however, Ward will lead Gatti into battle as his head trainer, an unexpected turn of events that has Ward tickled.

"It's like the real-life 'Rocky,'" Ward told ESPN.com, referring to famed movie character Apollo Creed becoming Rocky Balboa's trainer in "Rocky III" after their famous movie battles in the first and second films.

Gatti split with longtime trainer Buddy McGirt following his loss to then-welterweight champion Carlos Baldomir last summer and there was talk that Gatti would train with Pernell Whitaker.

Whitaker, the retired former pound-for-pound king, had begun training fighters in Virginia and has remained close to Kathy Duva of Main Events, which also promotes Gatti.

But Gatti, who has trained in Florida, was not sold on the idea of moving his base to Virginia to work with Whitaker.

Ward, meanwhile, had been in his hometown of Lowell, Mass., working with some young pros and amateurs.

A mutual friend of Ward and Gatti had asked Ward if he thought he'd like to someday train Gatti. Ward, of course, said he would love it.

That friend, who is also tight with Pat Lynch, Gatti's manager, mentioned the conversation to Lynch a couple of days later.

Then last week, when Gatti was in Lynch's office, the subject of Ward training fighters came up.

"Arturo said to me, 'How great would it be if Micky trained me for my next fight? How motivated would I be to have him running with me in the morning? I know how to fight, I just need some instructions here and there,'" Lynch told ESPN.com, recounting his conversation with Gatti.

Ward recounted the rest of the conversation.

And like that, the two rivals-turned-buddies had joined forces as fighter and trainer.

"I think it will be great," Ward said. "At his age, there's not much I can teach him. But I can get him in great shape and get a great game plan and dissect the guy he's going to fight."

Ward has stayed in top condition since retiring by running marathons. The morning jog is right up Ward's alley, even in retirement.

Ward and Gatti will open training camp for the July fight next week in Pompano Beach, Fla.

"I truly believe Micky is so into this that he is going to really be great for Arturo," Lynch said. "He's looking to make training a second career for himself and this is perfect for him."

Said Ward, "I've been around boxing my whole life. This is a good opportunity for me. I love it. I think it's a good mix, me and Arturo. I don't know about his situation with Buddy, so I don't get into it. Buddy is one of the best, but I will give to my fighters like I did when I fought, give them 110 percent. I'm gonna push him, I will tell you that." 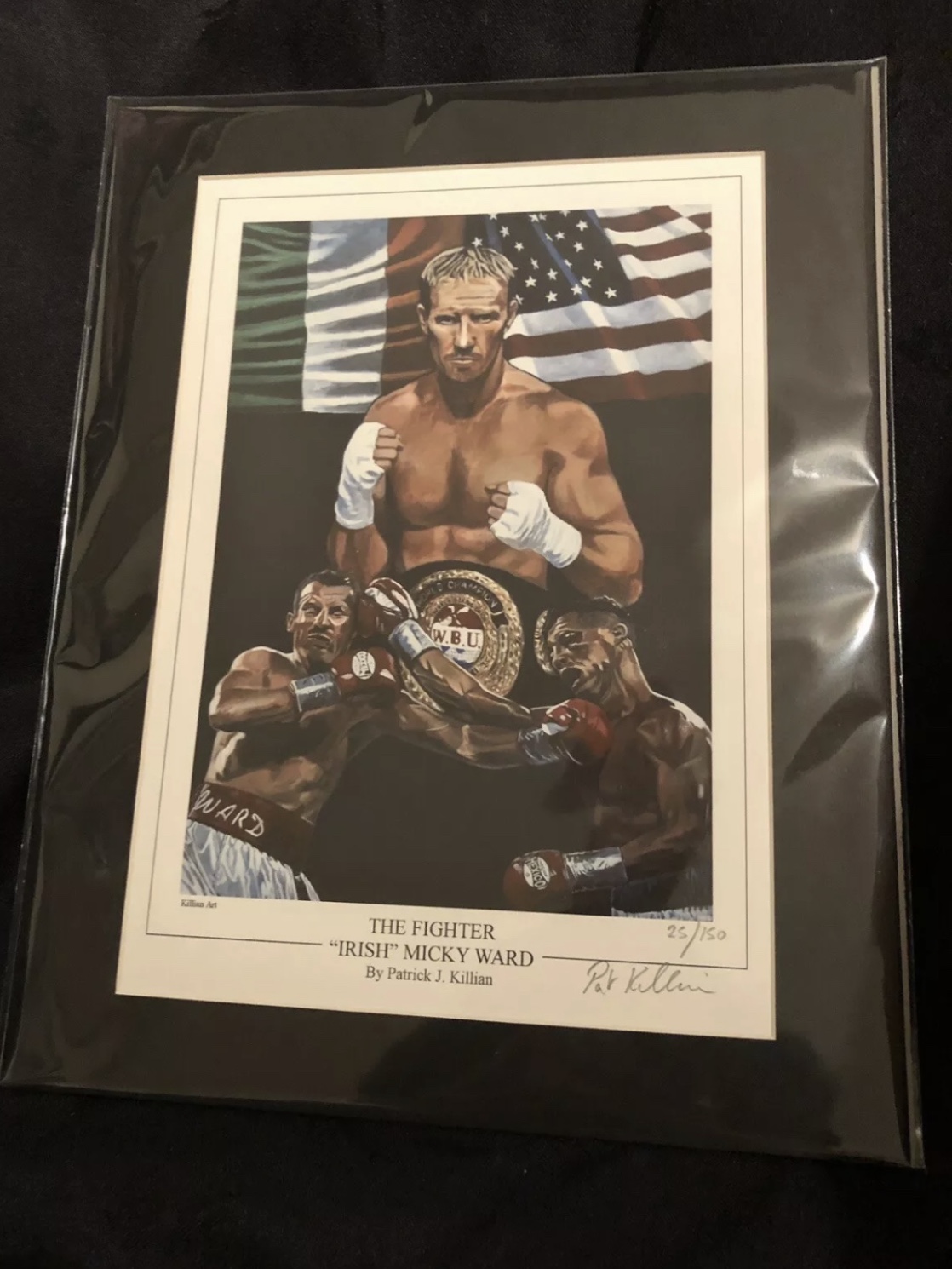