Original Art is available at £2895

Scarface is a 1983 American crime film directed by Brian De Palma and written by Oliver Stone, a remake of the 1932 film of the same name. The film tells the story of Cuban refugee Tony Montana (Al Pacino) who arrives in 1980s Miami with nothing and rises to become a powerful drug kingpin. The cast also features Mary Elizabeth Mastrantonio, Steven Bauer, and Michelle Pfeiffer.
Scarface was released on December 9, 1983 and was a box office success, grossing $44 million. Initial critical reception was mixed, with criticism over excessive violence and profanity and graphic drug usage. Some Cuban expatriates in Miami objected to the film's portrayal of Cubans as criminals and drug traffickers. In the years that followed, the film has received reappraisal from critics, considered by some to be the best mob film ever made. Screenwriters and directors such as Martin Scorsese have praised the film, which has been referenced extensively in rap music, comic books, video games and Art 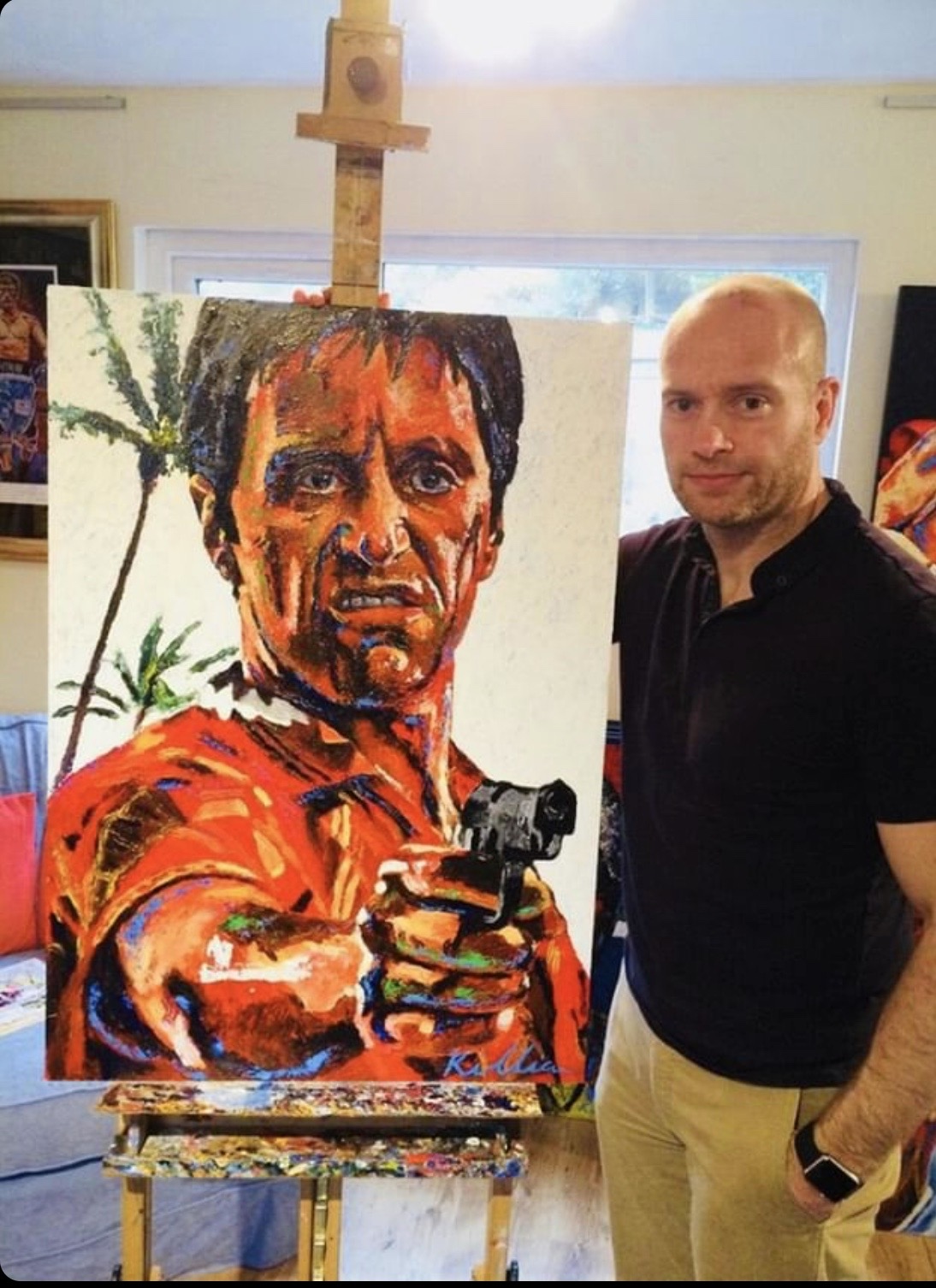