What a fight & what an atmosphere.  The MSG Arena was electric


Prior to the Dimitrenko fight, Ruiz put his name forward to replace Jarrell Miller and challenge Anthony Joshua (22-0, 21 KOs) for the unified WBA/WBO/IBF/IBO heavyweight titles on June 1, 2019, after Miller was denied a license by the New York Athletic Commission because he failed three different tests for PEDs. On April 22, Ruiz confirmed his team had a meeting scheduled with promoter Eddie Hearn, officially putting himself in the running.[55] Ruiz became a frontrunner after it was reported Luis Ortiz's team had rejected two offers of career high purses to fight Joshua.  Terms were agreed within a week. On May 1, with one month to go before fight night, Joshua vs. Ruiz was confirmed and announced to take place at Madison Square Garden in New York City, broadcast exclusively on DAZN in the United States and on PPV Sky Sports Box Office in the United Kingdom.

On June 1, Ruiz defeated Joshua by technical knockout in the seventh round, capturing the unified WBA/WBO/IBF/IBO titles. 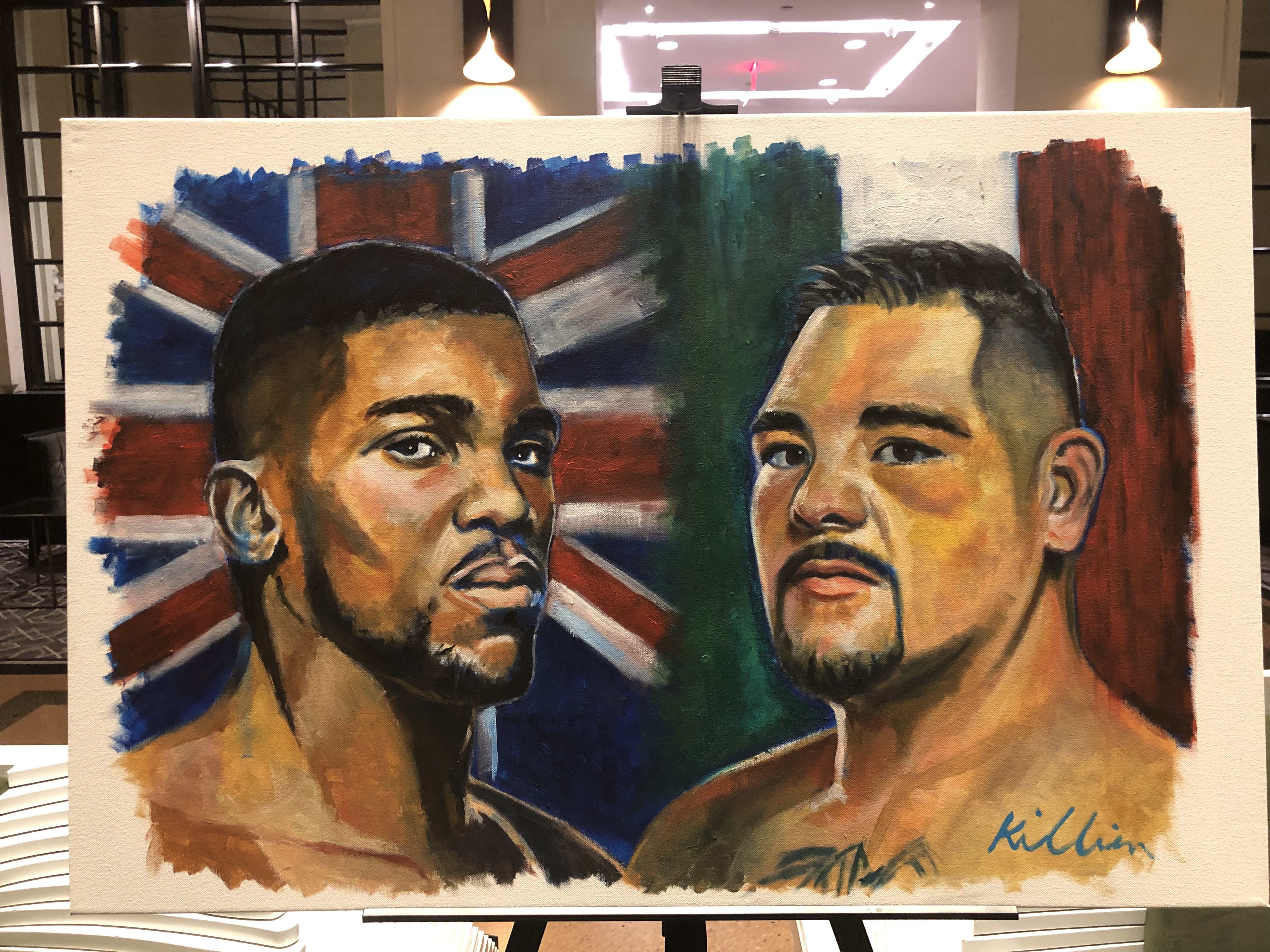